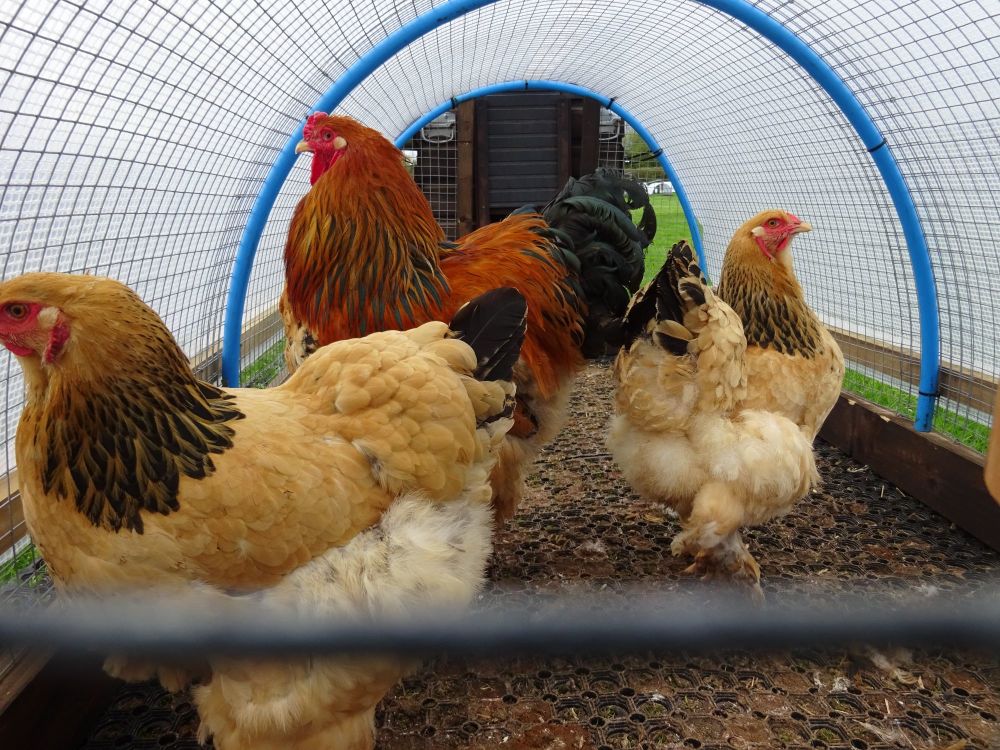 Brahmas are for people who like their chickens BIG...You can't help but be impressed by our Buff Columbian Brahmas and you certainly can't ignore them.

Named after the river Brahmaputra in india, Brahmas actually originate from America and are based on a Chinese breed, known as Shanghais.  They became popular in the UK after Queen Victoria was given a group in 1852.

Kept mainly for their striking looks, their beak, brow and head shape give them a very distinctive appearance.  But you can't get away from their size - these are big birds.

Despite that, they are good-natured and calm.  This also extends to most Brahma cockerels who will generally live quite happily together.  We currently have a group doing just that and visitors to our farm always comment on this impressive welcoming committee.